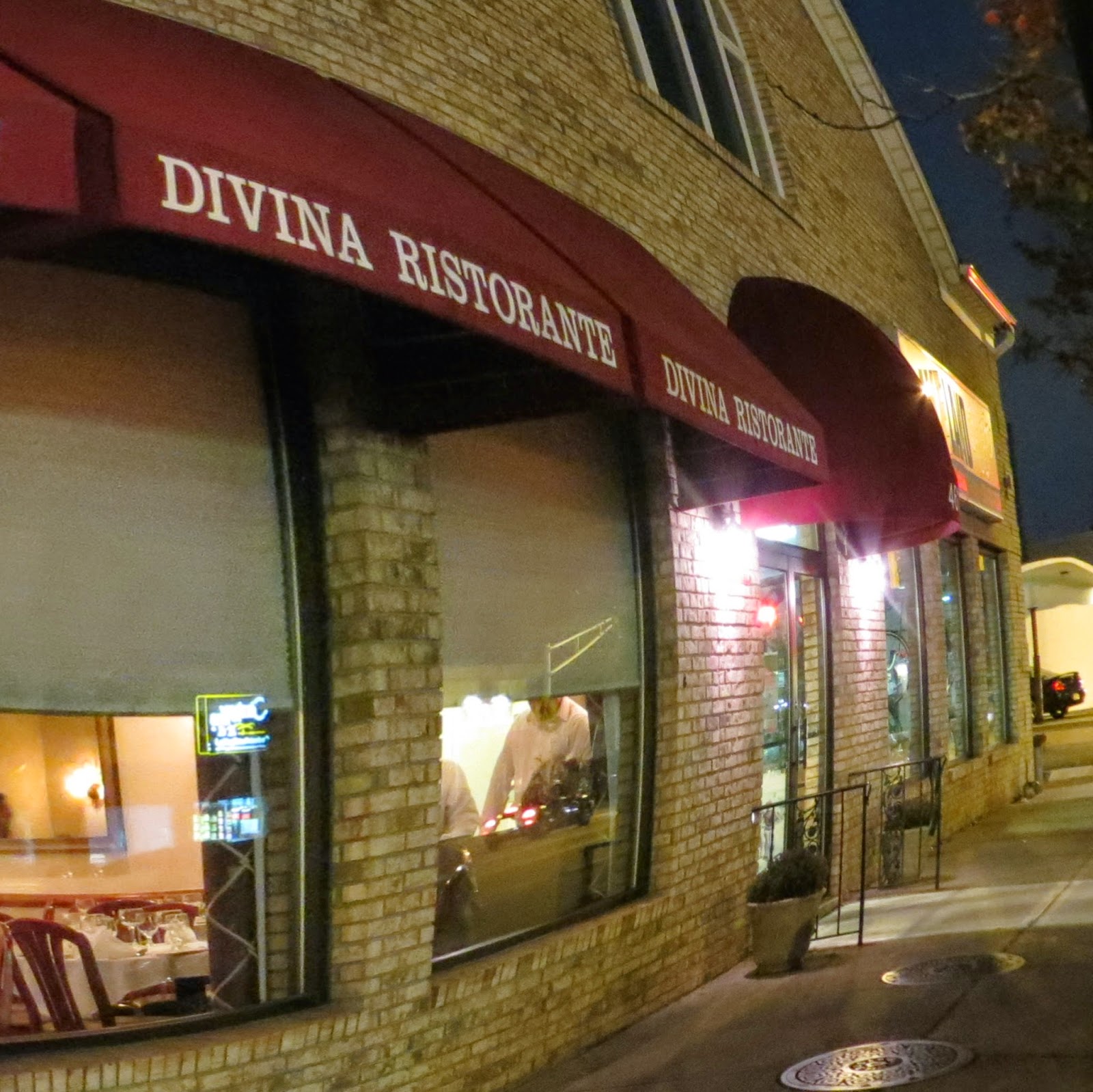 
Divina Ristorante has been a favorite of ours for years. We could have reviewed it without even going there, but, of course, we were happy to have an excuse to go. We went on a Sunday, early but with a reservation as they get busy even on a Sunday and were, in fact, completely full by the time we left at 6:30.

We find the decor warm and attractive, especially with the new window treatments. Tables are covered in white linen, and the silverware, cutlery, and plates are attractive. The service is always outstanding, not too fast and not too slow. The servers are friendly and attentive but not overbearing. We suggest leaving the little ones at home.

Owner/chef Mario Carlino is often seen circling the dining room making sure everything is going well. Mario grew up in Calabria and received his training at the School of Culinary Arts in Salerno. He regularly returns to Italy to check up on new products and dishes. Mario’s training and years of experience are reflected in the freshness and authenticity of his dishes—everything is made to order—and in his homemade pastas.

For this excursion we took a third team member with us, our son. Father and son both chose soup for an appetizer, one had the Pasta Fagioli and the other had the Ribolita, a delicious vegetable soup with potatoes and cubes of Italian bread. The remaining diner had the Capricciosa Salad, a long-time favorite with lots of greens, tomatoes, red peppers, and cucumbers tossed in a light vinaigrette.


For entrees Father and son again showed the family connection. Both chose one of the several specials, a half lobster with clams and scallops over linguine. Both bowls were cleared, leaving behind two happy diners. The remaining entree was Pappardelle a la Luca. The pappardelle is topped with a delicious mixture of mushrooms and chopped tomatoes in a light sauce.


We feel that a review should include something about desserts, so as much as we might have wanted to watch calories, we indulged in some of chef Mario’s homemade items. Father and son both chose the Pumpkin Cheesecake and ate every last crumb. The distaff side chose a traditional Italian Pistachio Cake topped with custard cream. The cake was light and pleasantly chewy and outrageously good.

Divina Ristorante never disappoints and this visit was no exception. We’ll be back often. If you haven’t discovered Divina, we suggest you stop in soon. We predict that it will become one of your favorites, too.

Posted by Eating Well Reviews at 10:44 AM