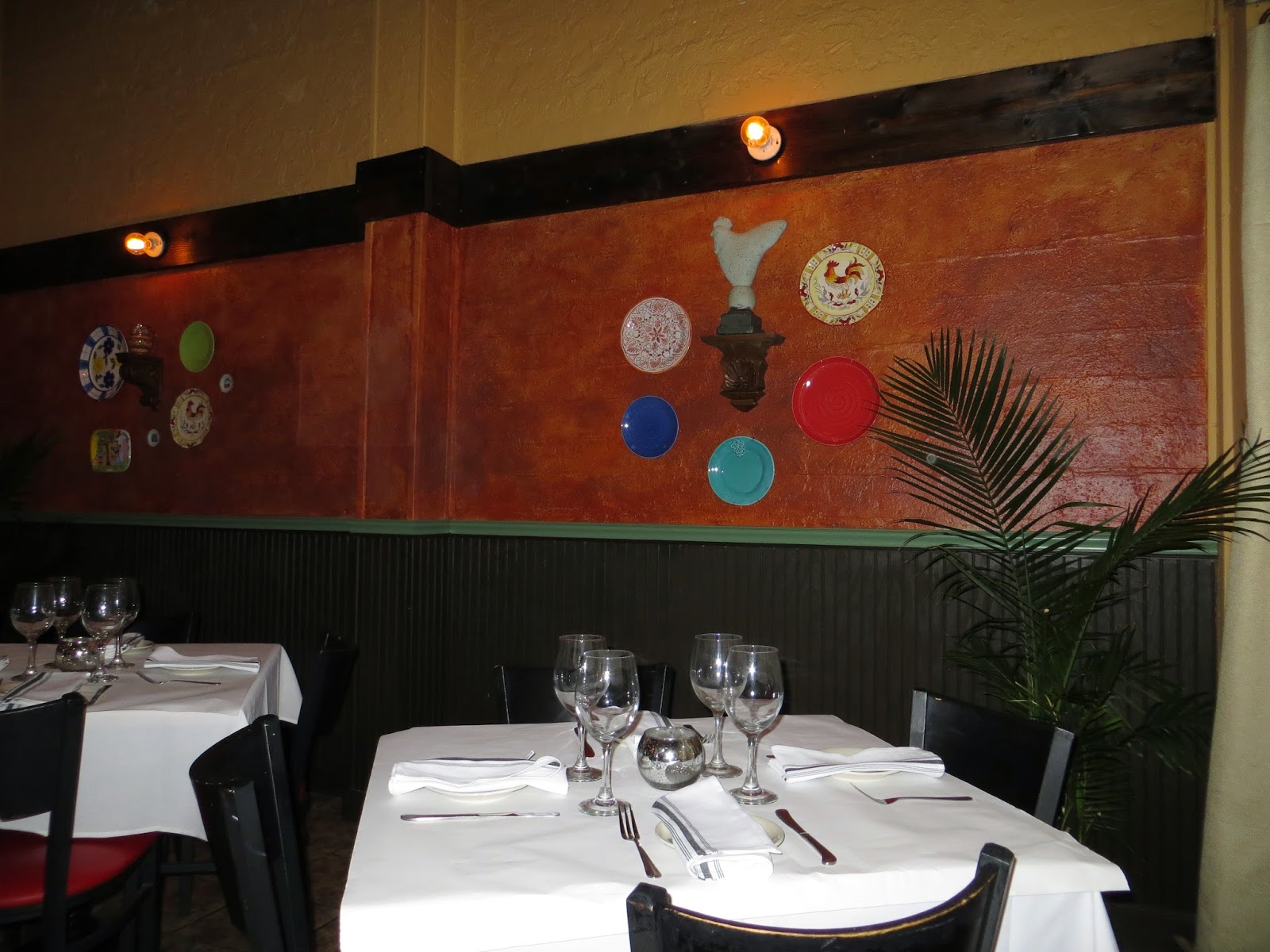 On an unusually cold night we made our way to 10 Park La Cucina Italiano in Montclair, the former site of Mexicali Rose. We’d walked by several times and liked the look of the place and were anxious to try it. We were not disappointed. The restaurant has, as do a number of Montclair restaurants, a New York feel. The entryway led us through double doors and up a few steps and through another set of doors. Once inside, we were warmly greeted by Noemi, the hospitable owner, who introduced herself and chatted us up a bit. She then showed us around the place and seated us. We felt that we were nicely welcomed and that our business was appreciated.

Although the restaurant does not have a liquor license, it does have a large bar which is used for private parties with BYOB. There are a few tables at the front of the restaurant, then the bar, and then two rooms at the back. One has a greenhouse window and lots of plants. This may also be used as a private party room and holds up to 60 people. The other room, where we sat, holds 50 people.

The table was attractively set with paper over linen, dishtowels for napkins, attractive glasses and silverware. We perused the menu and found a good number of dishes that appealed. Hard choices. Then the waitress arrived and told us the specials and more decisions had to be made, e.g., the crab cakes with spicy sauce or the stuffed mushrooms?

For appetizers, we decided to go with one order of the Gamberoni Valentino, which was shrimp in a tasty garlic sauce, and one order of the stuffed mushrooms.The mushrooms were stuffed with a crab mixture and covered with a cream and sun-dried pepper sauce. We congratulated ourselves on our good choices. Delicious! Both dishes were completely devoured.

We were tempted by the salad selections, but took a pass as the appetizers were both hearty dishes. For entrees we chose Pollo al Limone, which was chicken cutlets in a lemon butter sauce with capers and spinach. Our other entree was Scaloppini ai Funghi, which was veal scallops with portobello mushrooms in a Marsala wine sauce.  Both entrees came with mixed string beans and carrots and a mound of mashed potatoes. We’d be happy to have these entrees again. Both were very good.

For dessert we had a tasty tiramisu and the hazelnut gelato. The gelato especially pleased us. It was attractively served in a wide parfait glass with chocolate sauce at the bottom, then the gelato, then a dusting of crushed hazelnuts. One of us doesn’t drink coffee, but the coffee drinker commented that the coffee was very good. We heard another table making the same observation.

Looking for a party spot? Keep their greenhouse room in mind. It’s beautiful and would make the perfect location for a birthday party, wedding rehearsal, shower, family reunion, or any other event for which you might need a place.

Posted by Eating Well Reviews at 11:08 AM