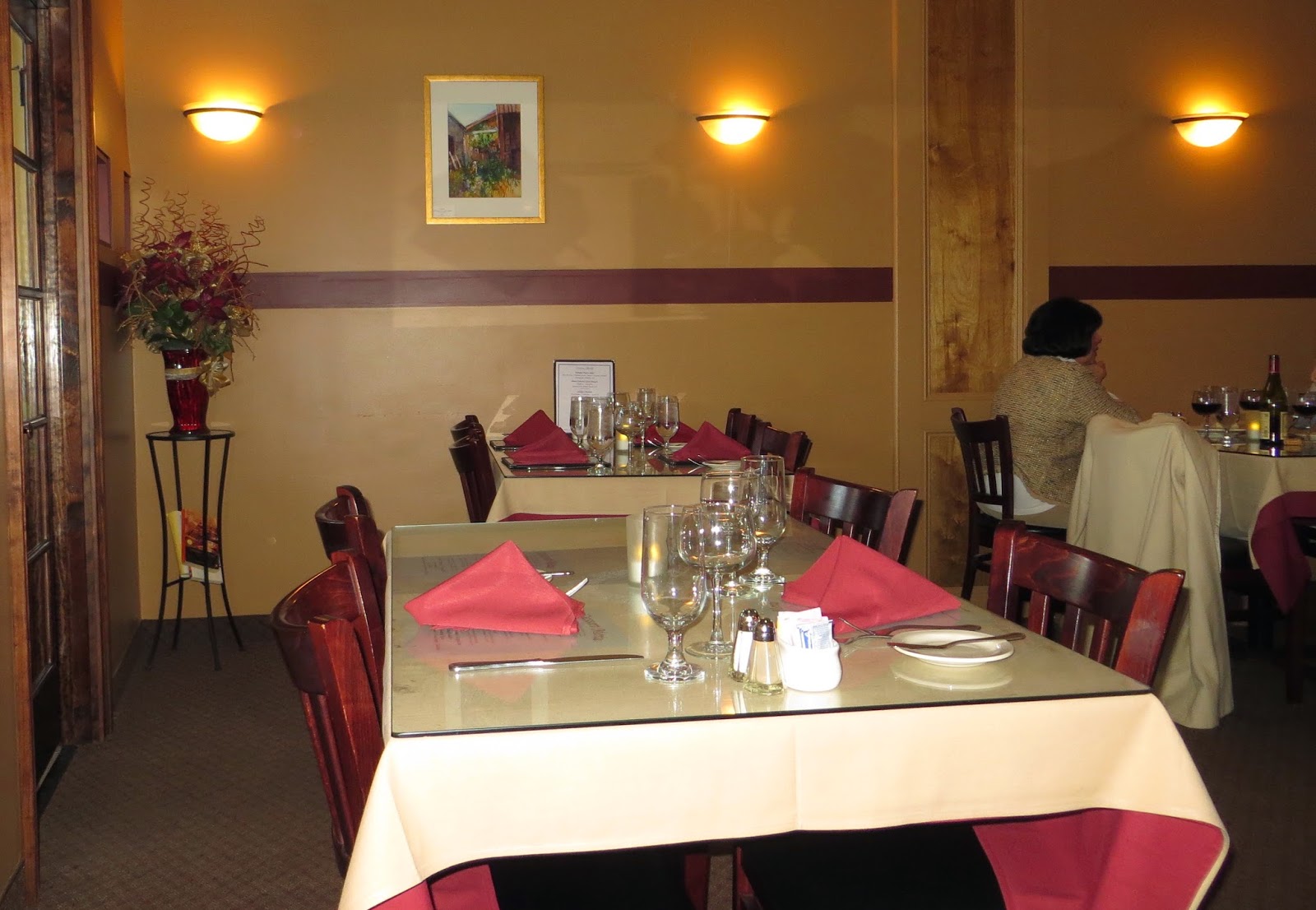 Chef-Owner Matthew Pierone is a culinary school graduate and the recipient of numerous awards for his culinary skills including being named in 2013 and 2014 to the Best Chefs America Book. After having trained at some of New Jersey's best restaurants, in 2007 he realized his dream by buying his own restaurant, the Gourmet Cafe. We first knew Matt at The Huddle Inn in Fairfield where he worked as a chef back when we were the owners of that restaurant. We then followed him to Eccola in Parsippany and later tracked him down to his new place.

The decor is casual and simply but nicely decorated. There is original art on the walls and soft lighting. Tables are covered with linen tablecloths and topped with glass. The restaurant offers a terrific lunch menu, including sandwiches, salads and pasta. The dinner menu includes a wide variety of choices without being overwhelming. Daily specials are also offered each evening. Several homemade desserts must not be skipped. The service is outstanding.

We began with the Crispy Portobello Mushroom appetizer which was topped with artichoke hearts, pignoli nuts, and goat cheese, then drizzled with a balsamic dressing. Delicious!

We also had an order of Classic Mussels which was served with fresh basil, garlic, and white wine in a plum tomato broth. We enjoyed this unique spin on an old classic.

For entrees we chose one of the daily specials, Chicken Chasseur. The two boned chicken breasts were cooked to perfection, then topped with mushrooms, tomatoes, and scallions, then served in a shallot and Madeira wine sauce. This was accompanied by a mix of fresh carrots and squash. The dish was rounded off with some roasted sweet potatoes. We didn’t think we liked sweet potatoes; now we love them. This entire dish tasted just as good as it looked.

We also chose a pasta dish off the regular menu. The Capellini with Shrimp came with a generous number of plump shrimp mixed with broccoli rabe and sun-dried tomatoes and a white wine and garlic sauce. This dish also pleased.

For dessert Lew chose the warm butterscotch bread pudding served with vanilla ice cream. Diane went for the apple crisp which, as you can see, came with three butterscotch sauce-topped scoops of ice cream, all three of which were consumed.

We went home fat and happy. We were so pleased with our dinner that we returned the following week.

Posted by Eating Well Reviews at 11:52 AM